A legend surrounds the hills of the Chonburi island of Koh Sichang in the form of the impressive Buddhist monastery known as Wat Tham Yai Prik. This location keeps a mystical background rooted in the culture of the island. Although it was constructed in modern times, such new monasteries are proof that some parts of history stay with us, and that certain styles of antiquity remains prevalent even into the modern age.

This is a fairly grandiose monastery, with impressive features such as the multi-headed Naga that guard a painstakingly long trek to the summit of the sacred grounds. Other features include a very large Golden Buddha statue and many other breathtaking buildings and temples, many of which are newly constructed.

The story of Tham Yai Prik monastery dates back to 1970. The acclaimed Master Prasit Thavaro resided on the island as a fairly young master of meditation and a leader among his fellow monks. At this time, Master Thavaro received a vision that he claimed was of a woman known as Prik who explained that she was once the nanny of King Rama V before her death. 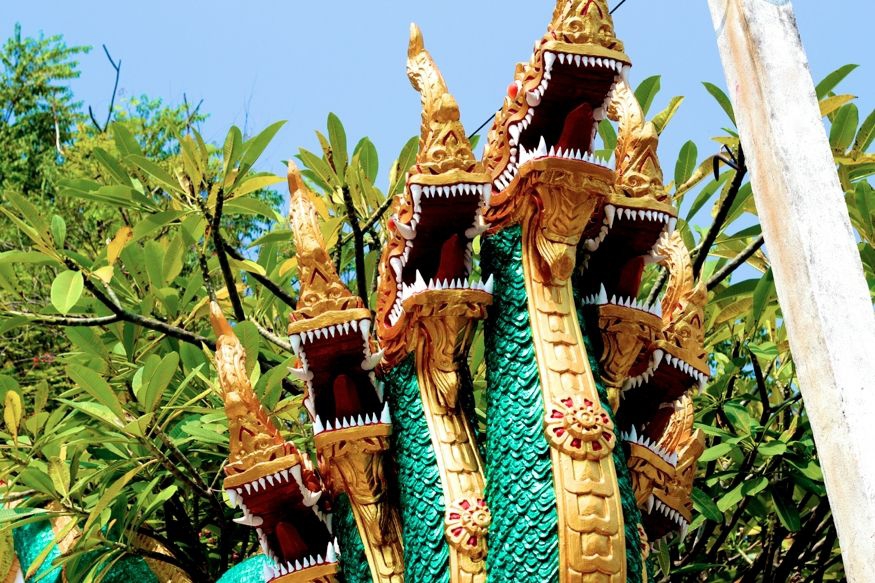 The history of Koh Sichang Island is closely connected to the rule of the highly revered King Rama V, otherwise known as King Chulalongkorn. The island was designed as a royal getaway, complete with summer houses, small palaces and sacred temples. The construction abruptly ended when the Franco Siamese war erupted in 1893. The island was occupied by French troops, and then abandoned after the war. Among the royal residences were plenty of servants, and nannies.

The spirit of Prik, who had surely been witness to the island’s evacuation over 70 years prior, led Master Thavaro into the mountains to show him a special, hidden limestone cave. Thavaro immediately found the cave to be a useful asset. For the next ten years, Thavaro would meditate alone inside the cave.

The legend continues that Thavaro, in 1983, went on a pilgrimage across the world to visit the most important locations to the Buddhist religion. This included Lumbini Park in Nepal where the Buddha was born, Bodhgaya in India where Buddha became enlightened, where the Buddha performed his first sermon in Sarnath, India and finally Kushinagar, India where the Buddha died.

During his pilgrimage, Thavaro took soil samples of every sacred location, and he mixed the soil into a ball that he brought back to Prik’s cave. He left the ball alone, and on its own accord it turned itself into a relic of the Buddha. Furthermore, the relic multiplied itself into multiple supernatural artifacts. 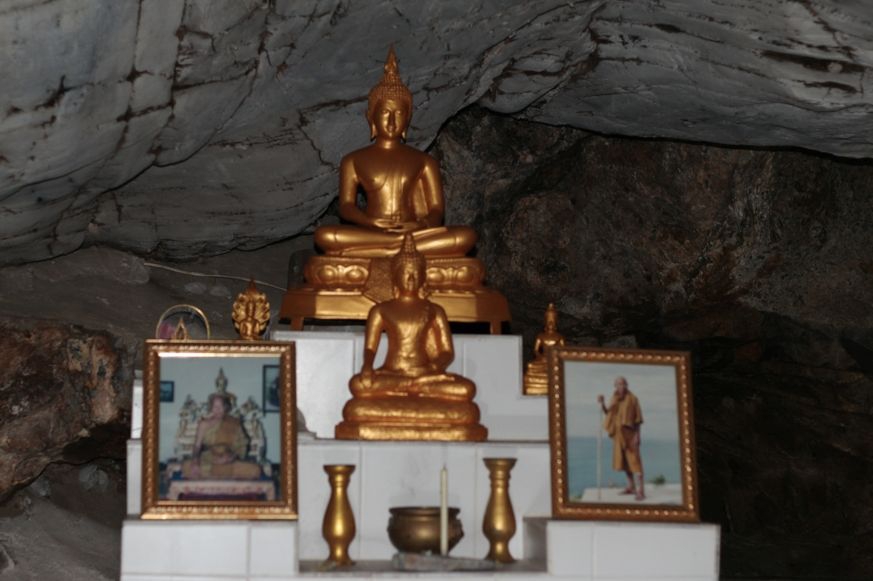 This region quickly became an important and holy Buddhist sanctuary known as the ‘Tham Yai Prik Vipassana Meditation Centre’. For many years, local and outlying monks would travel to this area for meditation purposes, and Master Thavaro’s stories gained in popularity.

It wasn’t until the year 2000 that the meditation centre was transformed into the Tham Yai Prik Monastery. This was a large-scale construction effort that continued into 2006, with the completion of the Grand Hall, one of the chief buildings of the compound. In addition, many other impressive structures were constructed as well, including detailed carvings of Naga which are multi-headed dragons that guard the premises, as well as a golden Buddha large enough to be seen from the docks. 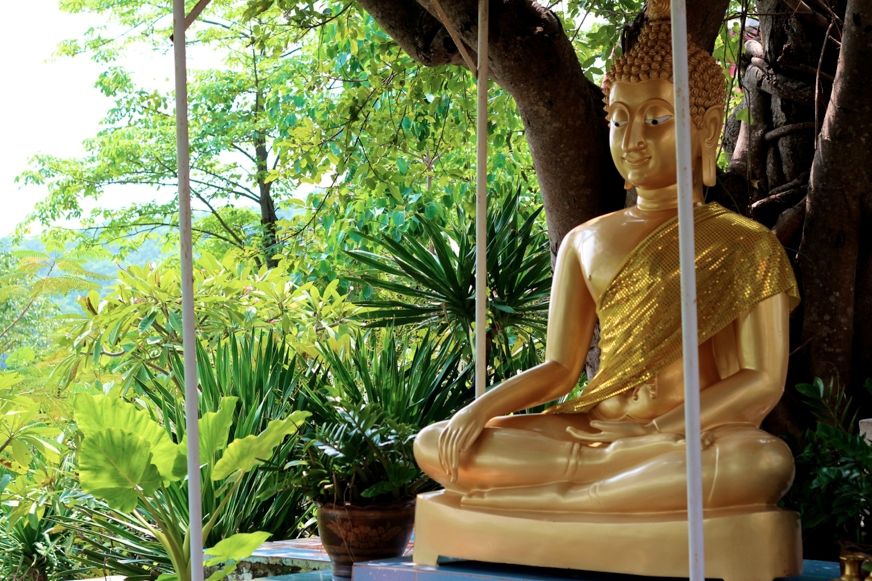 Shortly after construction, Master Thavaro passed away. His legacy has, however, demonstrated the power that the ancient world continues to have in our modern lives. When you explore Wat Tham Yai Prik, the buildings are polished clean and freshly built, but the design is the same as a breathtaking monastery that could have been constructed a thousand years ago. In a way, it’s like going back in time.

Much the same way, the lives of the monks who inhabit the monastery remain only marginally altered through the passing of the ages, as technology and cultural differences do not strain the Buddhist way of life. At the monastery, the monks are spread across various temples to do daily work, as well as meditation in any number of the temple’s quiet caves that are built into the mountain.

For a traveller in Thailand, the adventure across the sea to Koh Sichang coupled with the chance to encounter Wat Tham Yai Prik could prove to be the ultimate off-the-beaten path journey, and it’s only an hour from Pattaya, plus another forty five minutes via boat once you arrive at Sri Racha.