A Journey into Wat Khao Din

A remote Buddhist monastery overlooks the entire region from the top of a long, spiraling summit.

There’s an area south of Pattaya and further into the Chonburi district where a remote Buddhist monastery overlooks the entire region from the top of a long, spiraling summit. This is the Wat Khao Din, or the hilltop temple. It is neither famous, nor ancient, yet it is an overlooked structure that is rarely seen by tourists. In fact, every day thousands of people hustle beneath the jungle valley, oblivious to the temple’s existence.

This temple was discovered in an area that felt particularly mystical. It was “off the beaten path”, isolated from most of the popular tourist areas, approximately 30 minutes southeast of Pattaya near the town of Tungklom. It is located on the summit of a small mountain that helps to shape an ancient valley. The road was somewhat narrow, and at times created a pause for concern at the possibility of oncoming traffic. As we reached the summit, we passed a very content looking dog that huddled in the bushes, welcoming us to the animal-friendly shrine at the peak. 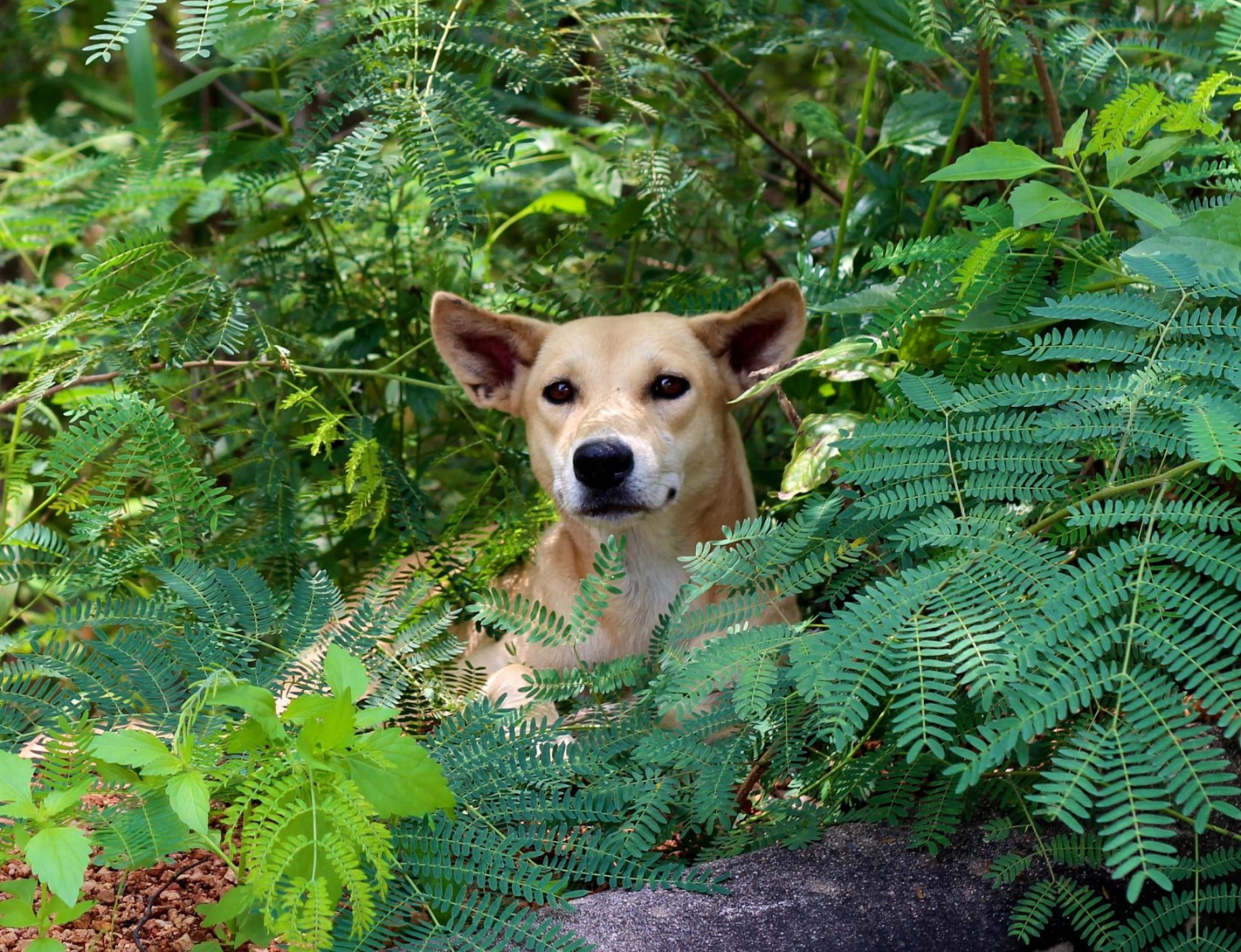 Before we arrived at the gates we passed an unusual sculpture that I was later informed is intended to represent a penis. These types of fertility symbols are not uncommon, and while I did not find the phallic design to be very obvious—at least not anymore than your typical man-made metropolitan skyscraper—with some imagination I can now see the penis like qualities of the totem.

Beyond the phallic symbol were the gates of the temple. We arrived at the temple on a warm day. I could feel myself sweating as I watched the monks perform their daily workload. The interior of the Wat itself felt very polished. Monks have, for countless ages, been recognized for their skills in craftsmanship. The residents of this temple work every day with modern construction tools as they add improvements to their fortification; new walls along the road, living quarters, and various other details to enhance their temple. Constant improvement, work, meditation and spiritual progression are the way of life for Thailand’s monks.

What’s a Wat to You?

Templessuch as Wat Khao Din are found across Thailand, and many of them are situated in similar areas characterised for their scenic vistas or lush wilderness landscapes. Each temple consists of a compound that includes various areas of worship or study; such as the Ubosot that contains the principle image of Buddha, the Viharn hall that houses various other depictions of Buddha, the Hor Trai that shelters sacred scripture, the Mondop that typically contains a sacred footprint of Buddha., and a myriad of other intriguing buildings also.

A Wat is a fundamental aspect of the Thai experience and is representative of over 2,500 years of regional Buddhist culture, and is perhaps difficult to fully absorb and understand in just one visit. In addition, every temple has its own unique history. Some temples are old—even ancient—while others are surprisingly recent, yet sustain an air of ancient tradition. 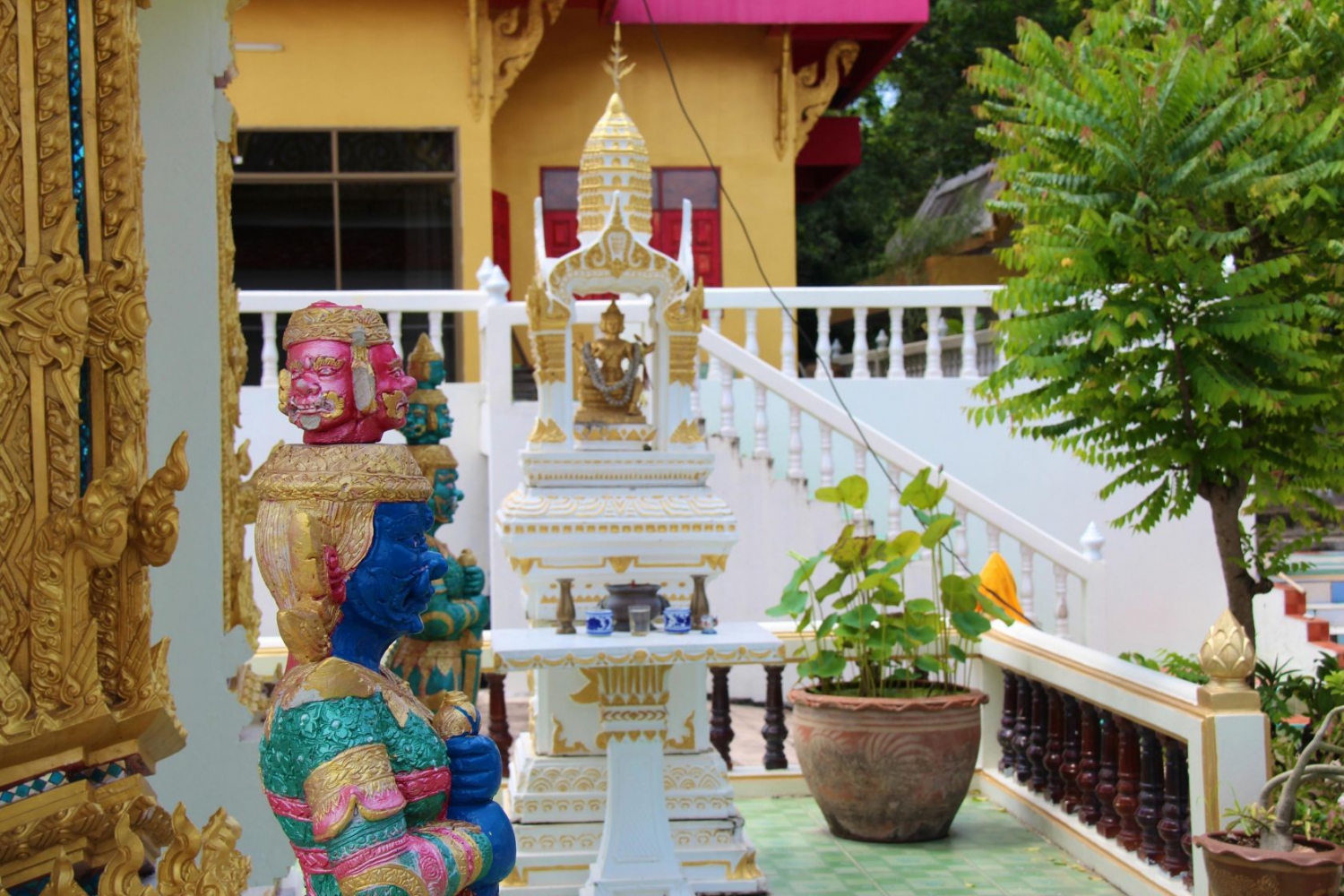 The Wat Khao Din, in particular, was built only around 35 years ago. This Wat includes 9 monks and one child monk, and like many Buddhist temples it’s a location where new generations of monks are taught their way of life. The lifestyle of a monk involves an early morning wake-up call at 5 AM, when the Hor Rakang bell tower is struck to rouse the inhabitants for a day of religious study, meditation, and cooperative labour around the monastery.

The bell tower of the Wat Khauo Din contains almost a dozen different bells. A resident monk explained to us that more bells equate to better luck, and it’s possible for tourists to ring the bells at this temple to grant themselves greater luck as well. Aside from increasing one’s chances of getting lucky in Pattaya, the bells may also be used to rouse monks together for lunch. Most monks communally dine during only one or two meals per day, as ordained by Buddhist teaching. When they eat, it’s a very carefully organized session that involves the arrangement of seating based on the seniority of the monks, and is also combined with prayer.

My visit to the Wat Khao Din included not only an incredible view across Chonburi and distant Jomtien but also a chance to explore around a remote patch of jungle where we discovered giant Thai rainbow millipedes that came to the surface after fresh rainfall, as well as many other variety of animals that seemed to be littered across the shrine. I was told later that monks often help stray animals take refuge in shrines. This concept has its roots based in local animist beliefs that consider all aspects of nature to be integrated; with humans and animals sharing mutual levels of respect. 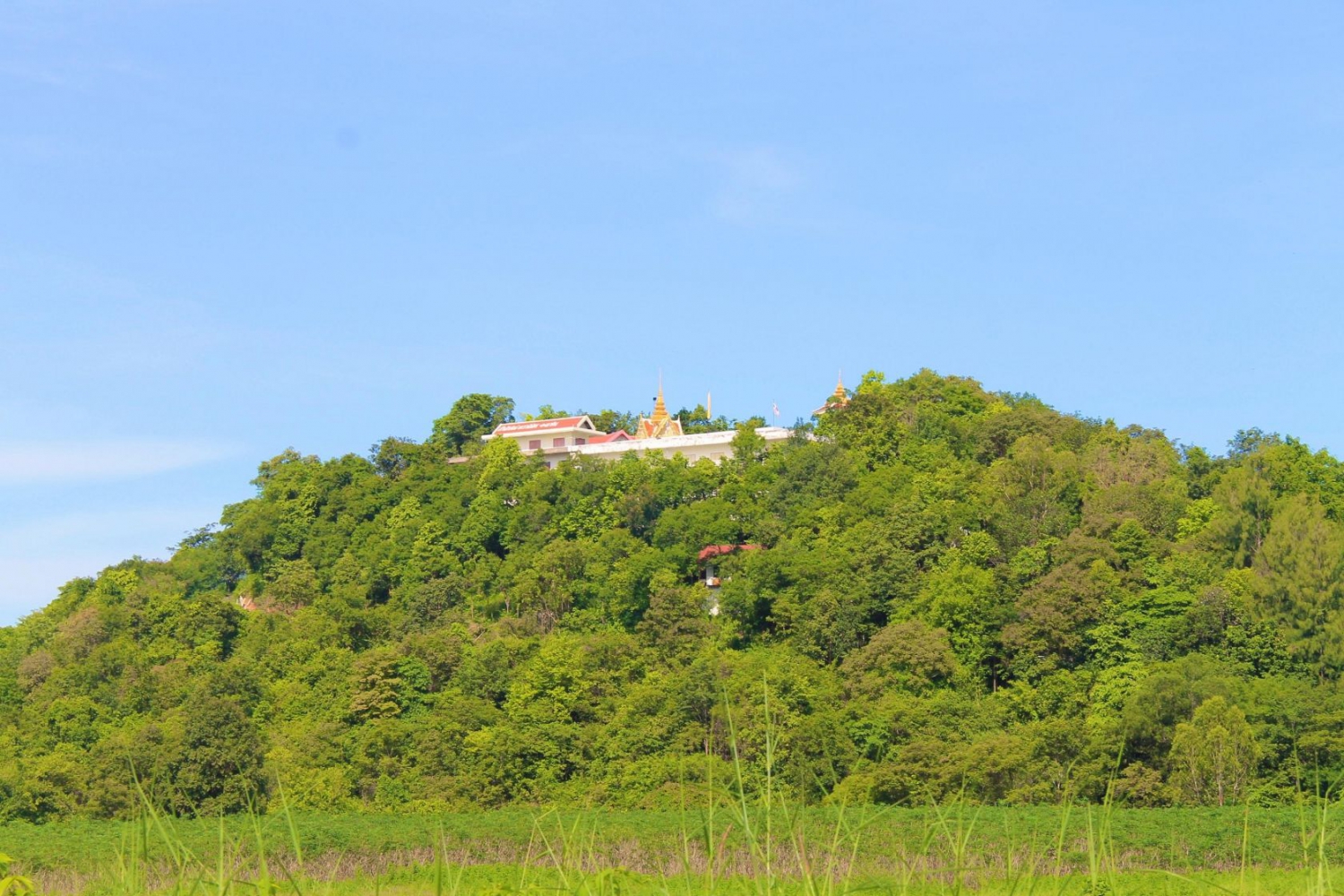 What I discovered about monks through this experience is that their life is a combination of discipline and religious dedication, but monks are not disconnected from the outside world beyond their temple. In this instance, many of the monks had been transferred to this Wat from other parts of Thailand to represent new management of the compound.

The life of a Thai monk is however still greatly different from a lay (normal) person. For instance, rules are strict about prohibiting monks from driving cars or motorbikes, and many other teachings of the Vinaya keep a monk’s life focused on the monastery for their entire lives.

A visit to a native Wat such as this is a great opportunity to experience a slice of an extraordinarily unique culture. While some of the larger temples closer to Bangkok are often swamped with tourists, these more obscure temples are excellent locations to plan a personalized daytrip. The native monks are usually welcoming to tourists, but communication with them may require the help of a translator. In addition, as a final note, visitors to such places should stay mindful about Buddhist rules that may prohibit access to certain areas of the compound as per religious rules, with the gender of the visitor sometimes a factor as well. 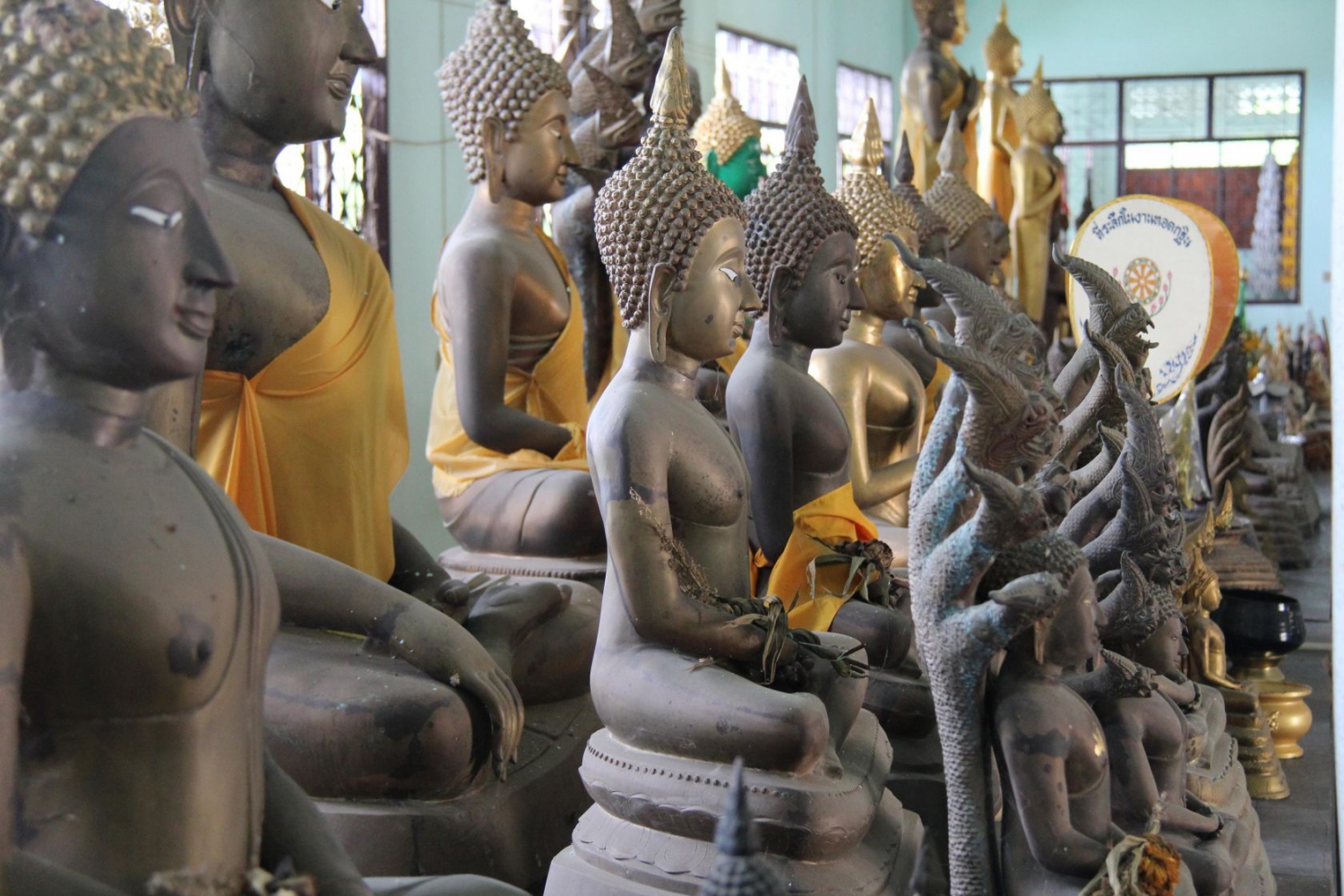