The Founder of Thailand's History

Like many great leaders down the centuries there is no shortage of myth and mystery surrounding the life - and death – of Tak Sin the Great, the king credited as being the founder of Thailand, and nowhere is his influence felt more than culture in Pattaya.

The leadership of Somdet Prajao Tak Sin Maharaj, to use his full name, was always unconventional, and inspirational. For example before one battle he cried to his troops: “Destroy all your food and cooking utensils, for tonight we will attack Chantaburi.”

This ensured that his men either attacked and won, or starved. It was effective. Perhaps inevitably, they triumphed.

But this was 30 years into Taksin the Great’s life. The story starts further back in Thai history, in 1734 when he was born in Ayutthaya, north of Bangkok, to a Chinese immigrant tax collector and his wife, a local beauty. 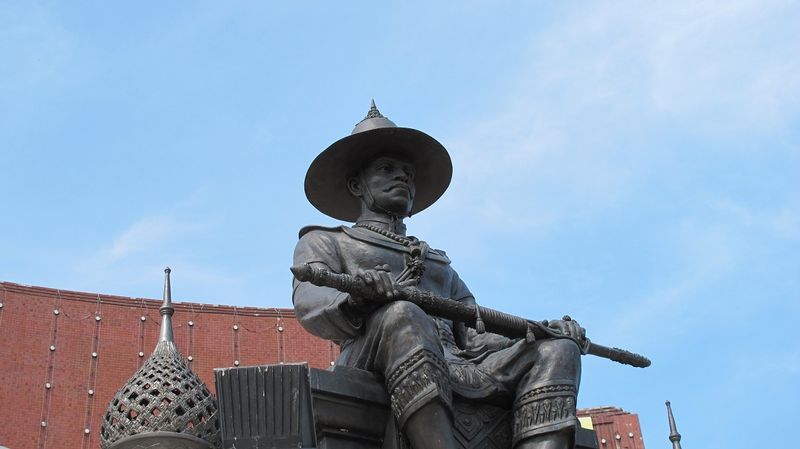 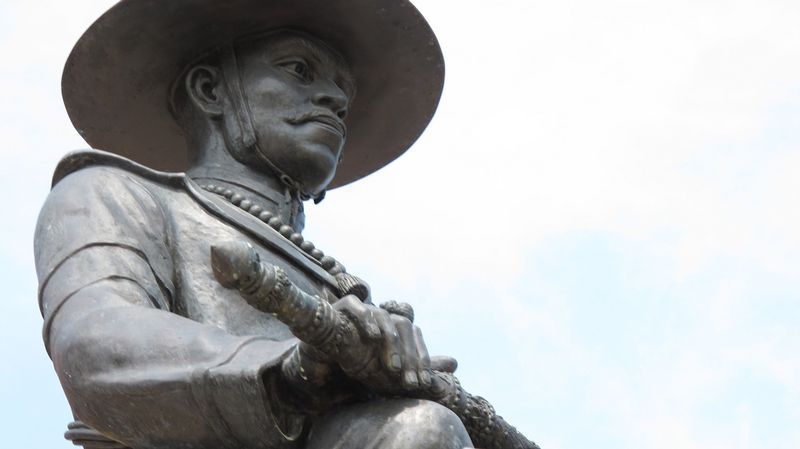 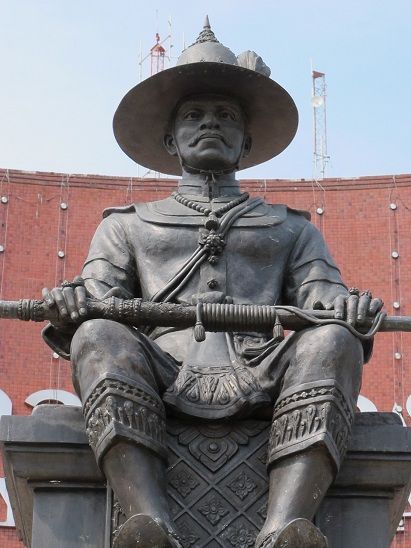 As Somdet Prajao grew and began to display his gifts he was adopted by King Boramakot’s Prime Minister who gave him the name Sin. But he was Sin by name, not by nature. He was an apprentice monk at the time and was so proficient in the Chinese and Indian languages that he was appointed a royal page.

By the time he was 20 he had been made assistant to, and then Governor of Tak province, in the south of Thailand – an area constantly threatened by the powerful Burmese warlords.

In 1764 the Burmese attacked and overran Tak before marching north to Petchaburi where their progress was halted by the Thai army, which included the emerging General Phra Tak Sin among their ranks.

The following year the Burmese attacked again in force and Tak Sin had to retreat from Ayutthaya with 500 followers. He fled to Pattaya, and then on to Rayong. It is said Tak Sin was forced to make a strategic retreat from a hopeless situation caused by the King refusing to use the heavy canon, as they would disturb the comfort of his many concubines and wives. The notion that he was forced to retreat after being told to “keep the noise down” only enhances the Tak Sin story. This was a key moment in Thailand’s history. 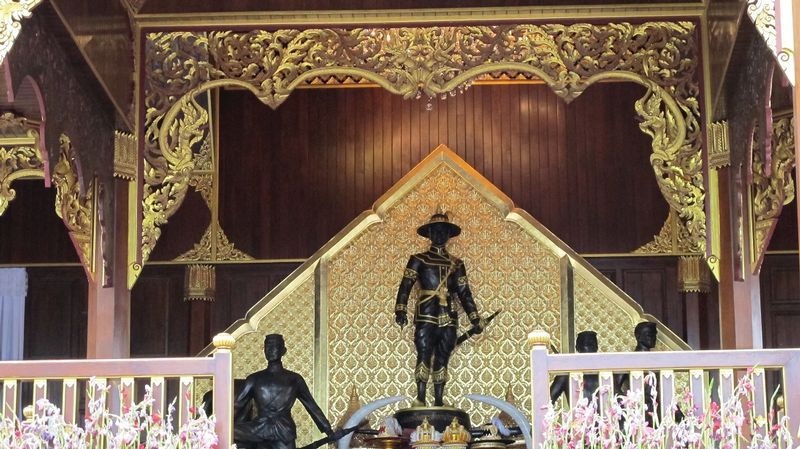 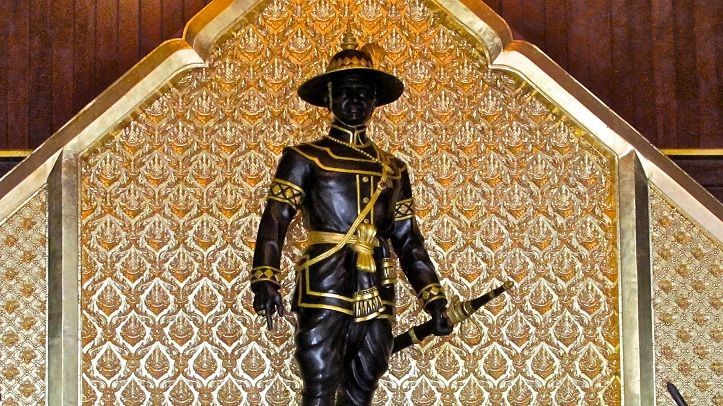 Following this retreat the geography of Thailand was split into six separate regions upon the death of the Thai king (Ekhatad). Taksin and his friend Tong Duang controlled most of the east coast. They sought an alliance with the Governor of Chantaburi who rebuffed their friendly advances, so they struck at night and won the rich city, adding thousands to their army.

Now at the head of a substantial force Prince Tak, as he was called, began to plot the reunification of Thailand. It was important for the plan’s success to have a strong navy. Taksin built a shipyard close to Chantaburi on the river Chan estuary. (The remains of the shipyard have been preserved by archeologists and are now a splendid tourist attraction in Thailand). 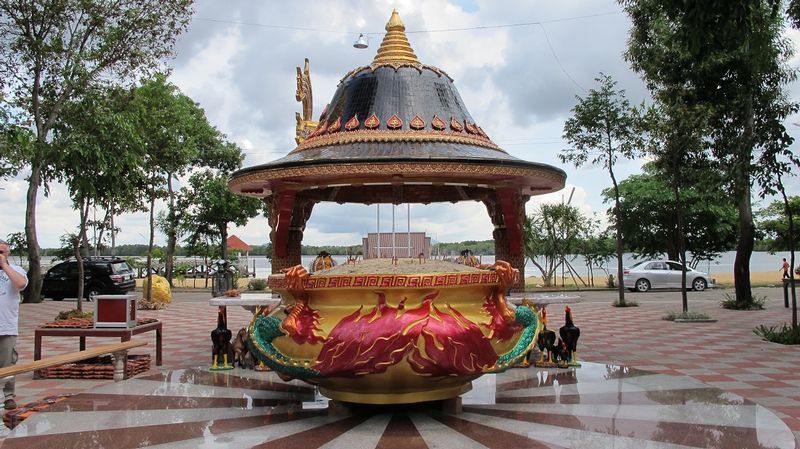 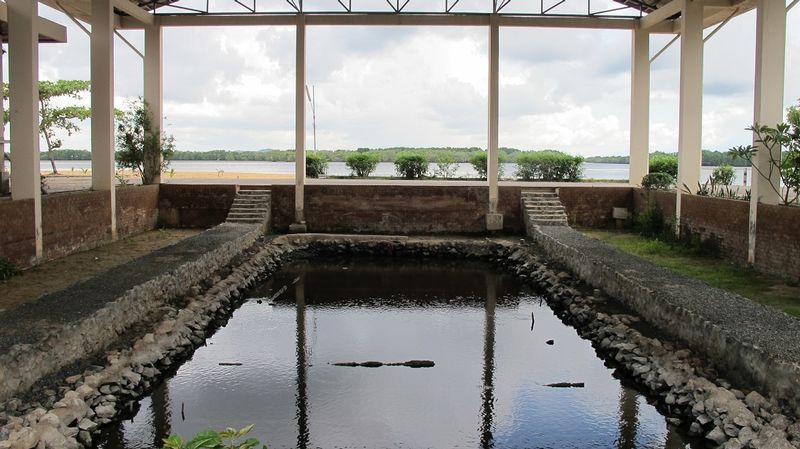 Meanwhile the Burmese were laying waste the North. They had left the turncoat Thai nobleman Thong-in to enslave the Thai inhabitants of Ayutthaya and Bangkok, who suffered terrible humiliation and abuse in one of the darker stories in the history of Thailand.

By the end of 1776 Tak Sin gathered his fleet and his 5,000-strong army and sailed up the Chao Phraya River and defeated the Burmese at Thonburi. Turncoat Thong-in was executed. Thonburi then became the Thai capital and Tak Sin was crowned King of Thonburi in 1778.

After many campaigns Tak Sin succeeded in unifying Thailand. He drove out the Burmese and brought peace to the country for many years during which Tak Sin continued to carry out many great feats to improve the lives of his subjects.

Towards the end of his reign it is said he had mental health problems and Thai history tells us that in 1781 he was executed on the orders of his one time friend Tong Duan. The circumstances of his death are amongst the most disputed of Thailand facts.  Some say he was forced into a silk sack and bludgeoned with a sandalwood club until dead; others put forward the theory that he was exiled and went on to lead a long life in the hills of Chiang Mai.

What’s not in dispute is that this was a key event in Thailand’s political history. Tong Duan was proclaimed King Rama I and founded the Chakri dynasty which rules Thailand to this day.

King Tak Sin the Great left a major legacy including 21 sons and nine daughters. As you travel around Thailand you will see many customs, monuments, and shrines dedicated to this fantastic leader who is still revered throughout the kingdom. 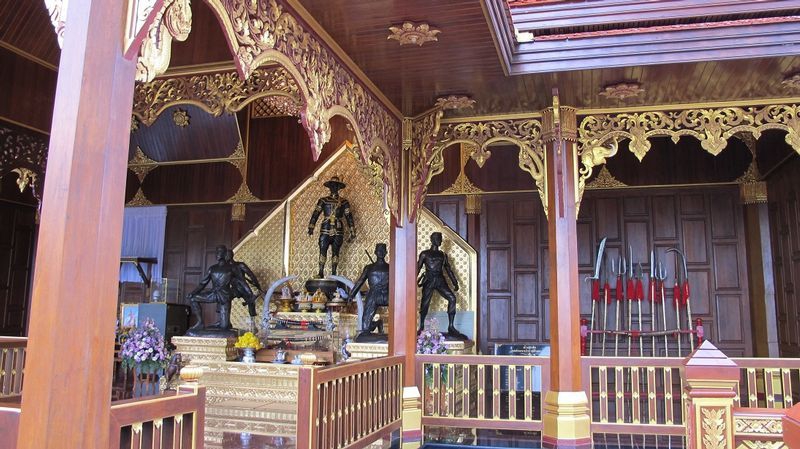 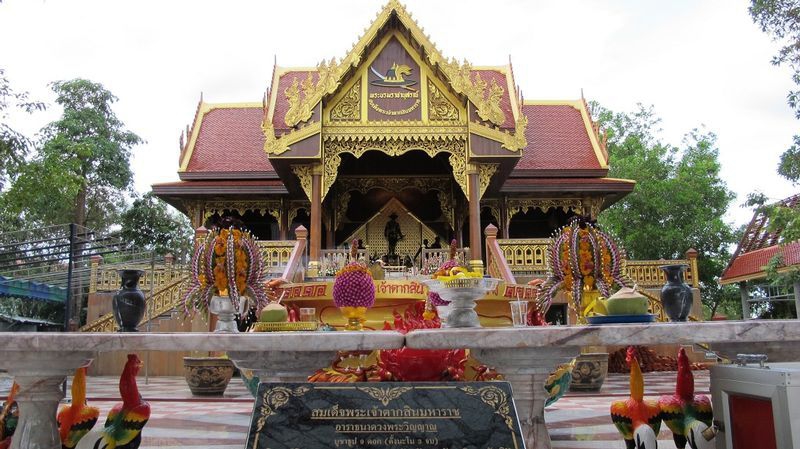 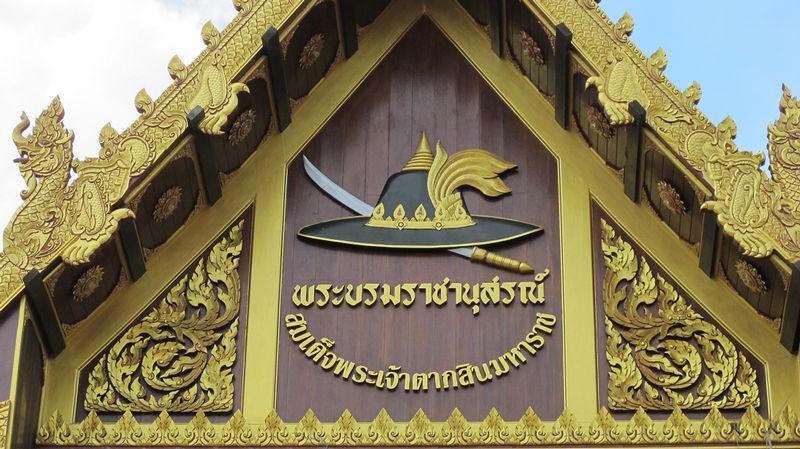 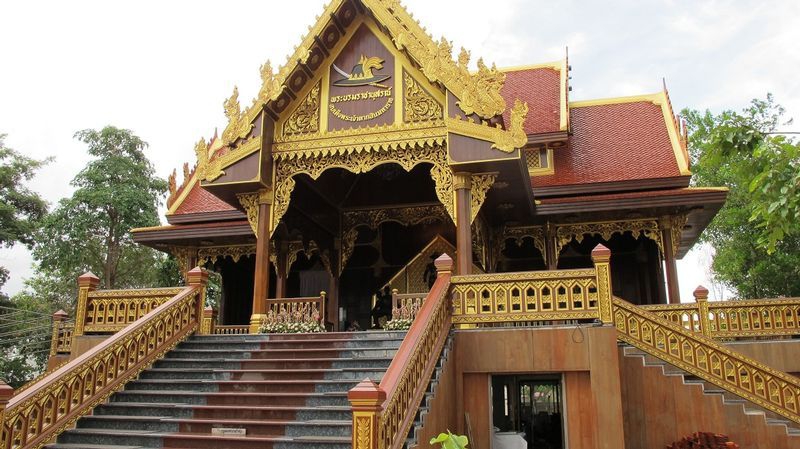