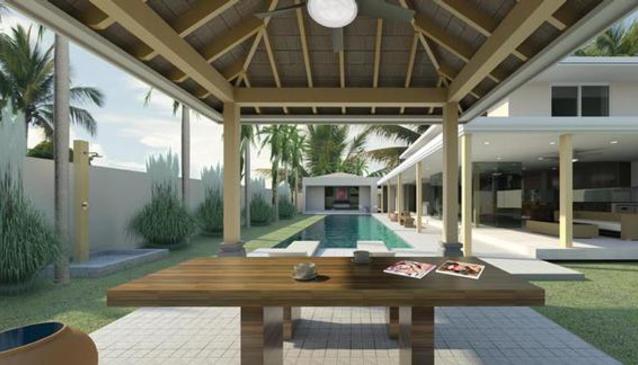 Vineyard III – La Residence will comprise up to 40 detached houses on 31 rai of land about seven minutes drive away from the Bira circuit. It offers numerous permutations which will allow buyers to put their own imprint on their home.

The people at Bravo pride themselves on attention to detail and tailoring their homes to suit individual tastes and budgets.

It’s obviously a philosophy that pays dividends because La Residence follows hot on the heels of two sell-out projects – Vineyard I comprising 11 homes, three of which are very large, occupying one rai; and II is eight dwellings which were sold before the project was properly launched.

In each of the past two years The Vineyard I and II have respectively been short-listed in the Thailand Property Awards for best villa development on the Eastern Seaboard.

The qualities Bravo showed in their first two projects will definitely be repeated and enhanced on in The Vineyard III.