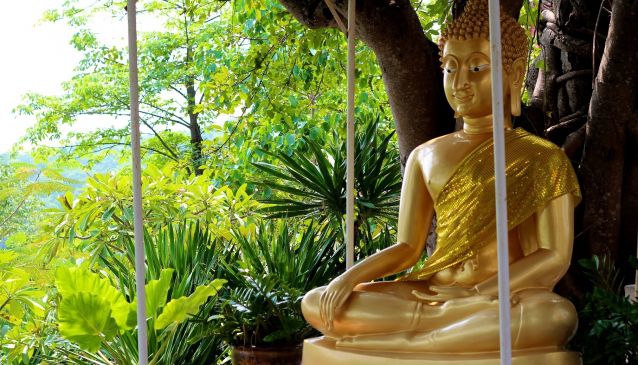 Temples Things To Do For FREE

For those who love to tour Buddhist monasteries, there are few places quite like Wat Tham Yai Prik. A jewel on the island of Koh Sichang that is one of the local must-see attractions.

Construction finished in 2006, under the heading of the late Master Thavaro. The legend of the island dates back to the 1970s, when Master Thavaro was visited in a dream by a woman named Prik, who led him into the island's sacred caves.

For many years after, this area was a popular Buddhist meditation centre, before it was turned into one of the region's most impressive monasteries.

Many sights include the Grand Hall, the Golden Buddha statue, and a handful of other large and impressive buildings. In addition, the monastery features a handful of meditation caves that you can enter with a monk's permission. These are cool, relaxing caverns designed as the perfect quiet environments.